Please be a positive and encouraging fan. The coaches are volunteers, the referees are human, and the players are young children.

~Practices may fall on any day of the week except Sunday, due to limited space
~If asked by staff, you must provide proof of your child’s grade level and birth date.

Registration includes an official Junior NFL jersey & flags. If asked by staff, proof of child’s age/grade must be provided.

The word “Judo” literally means “gentle way”. In essence, a man may overcome an opponent by yielding some ground and then utilizing some of the opponent’s strength of momentum.

Sensei Michael McCleery, a seventh-degree black belt, has been competing around the world since 1965. Dale Lehman, Mike’s original instructor, led the Judo program at the club from 1964-2013.

There are many ways to give of your time. We are in need of coaches, academic tutoring, teaching art, photography, etc… Any talent you have and would like to share, please let us know, and we will try to find just the right spot for you. We appreciate your time and interest! 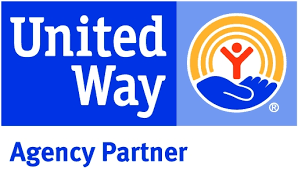